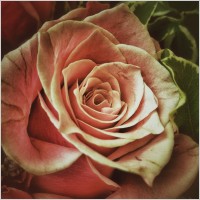 Is church people or is it a building?

God is between and with those (but not in the building from itself) who worship Him in Spirit and Truth. (John 4:23-24).

Word Church is translated from the Greek ekklesia, which means called out ones. The Church is group of people, believers who by the Spirit of God are called out of this world. God has called people to gather together and to do what He has appointed each of them to do, but not to act after man made rules, traditions or any other performances. God has given certain commands, He clearly told what His church supposed to be and how church (His people) supposed to act. (Romans 12:4-5).

When people who have accepted Christ in their hearts and have received His Spirit gather together (in the flat, home or in the wood), regardless of number of members, they are called church (the body of Christ) and God Himself is at work within them (Matthew 18:20). These Words of Jesus are to much often ignored; people continue follow the wrong teaching that they have to go to some building in order worship God.

Christians, are His Temple and He lives not in man made buildings. Christians“who have been chosen according to the foreknowledge of God the Father, through the sanctifying work of the Spirit” are His church. (1 Peter 1:2).

All who are in Christ and keep His commands are declared righteous and are His body, so called “church.” (Ephesians 4:15-16).

Church, all God’s holy people, together called as one body in Christ, when assemble together are the household of God (1 Timothy 3:15) and are responsible to maintain Scripture unchanged in its whole truth and are commanded by Jesus present His Gospel in its full origin as Christ Himself presented it 2000 years ago. And certainly not to adjust in compliance with this time modern age.

We gather together as His chosen people, a royal priesthood, a holy nation, God's special possession, that we may declare the praises of Him who called us out of darkness into His wonderful light, so that with one mind and one voice we may glorify the God and Father of our Lord Jesus Christ. (1 Peter 2:9; Revelation 1:6). We as His church now live solely under His (Jesus) authority.

“And God placed all things under His feet and appointed Him to be head over everything for the church which is His body,

"Consequently, you are no longer foreigners and aliens, but fellow citizens with God's people and members of God's household, built on the foundation of the apostles and prophets, with Christ Jesus Himself as the chief cornerstone.

In Him the whole building is joined together and rises to become a holy temple in the Lord. And in Him you too are being built together to become a dwelling in which God lives by His Spirit.” (Ephesians 2:19-22).

Christians, are God’s holy Temple. And no matter in which building believers come together, as long as they follow Jesus Christ’s teaching, they are approved by God and God is with them.

In the Bible we read that "The God who made the world and everything in it is the Lord of heaven and earth and does not live in temples built by human hands.” (Acts 17:24).

For gathering together as church have more reasons which God very clearly indicated and told to keep it that way always.

These principles we can fully accomplish -

if we have the Spirit of God,

if we have accepted Christ as our Master, as our Lord and God, and there is nothing to do how many schools or seminars person has graduated.

”What agreement is there between the temple of God and idols? For we are the temple of the living God. As God has said: "I will live with them and walk among them, and I will be their God, and they will be my people.” (2 Corinthians 6:16).

The real meaning of “church” is that they are the people who “gather together before God.” And it goes without saying that place from itself has not any significance or power at all.

“Don't you know that you yourselves are God's temple

and that God's Spirit dwells in your midst?”