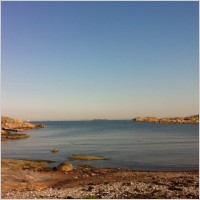 In regard to the "water baptism" different denominations have invented their own rules and traditions, and sometimes it is done in contradistinction to the Word of God. But all of us must understand that no man is permitted to fit Scripture to his own needs, feelings or wishes, but we must fit to the Scripture. So, is the sprinkling or pouring water over person the rightful way to baptise?

No. According to the Word of God to sprinkle person with some water is not realy Godly way to baptize by looking into deeper meaning of word from itself. In the Bible the word "baptism" (from the Greek noun βάπτισμα baptisma) means to dip, plunge, immerse fully into something, to wit - baptise by immersing person fully in (under) the water.

We must die and be buried (in this case in the water) in order so that we can be raised up to a new life. Without that we are not baptised into Christ and remain disobedient to the commands of God Himself.

(The Sin with witch we all have been born and which is and will be alive in us till we die, God condemned in the humanly body of Christ by nailing it on the cross. For this reason, when we accept Christ Jesus, The Sin in us become condemned; and nobody are able to condemn anybody to death twice. But The Sin, which now is condemned, yet alive in us, produces acts, thoughts, wishes etc, which are sinful. These our daily sins has been forgiven, we have been justified from them when God raised Jesus to life on the third day.

The same way also we become new creatures (reborn) through the Holy Spirit, when we come out up of water. Now it is not we - Sin in us - who live, but new creations through the Spirit of God. For that reason we must be baptised by full immersion into water. We die to sin by going under water and are raised up justified by coming up out of water.) Amen.

Don't you know that all of us who were baptized into Christ were baptized into His death? We were therefore buried with Him through baptism into death in order that, just as Christ was raised from the dead through the glory of the Father, we too may live a new life" (Romans 6:3-4).

How can we be buried in Christ by mere sprinkling with water over us?

"Now John also was baptizing at Aenon near Salim, because there was plenty of water, and people were coming and being baptized" (John 3:23).

"And he gave orders to stop the chariot. Then both Philip and the eunuch went down into the water and Philip baptized him" (Acts 8:38).

These and other verses point that in all occasions when baptism is discussed "the plenty of water" is involved and people was fully "buried" under the water. There is no any reference to the sprinkling or pouring water over person.

The only valid way to baptise is to immerse person fully under water in the name of God the Father, God the Son, and God the Spirit.

I also understand that without the Spirit of God many simple things in the Bible for us can be hidden. But I would like to encourage you to pray and ask for wisdom which Holy Spirit gives so that you may know and understand your God the Father better; read the living Word of God and ask Him may the eyes of your heart be enlightened.

And so that you can "repent and be baptized, every one of you, in the name of Jesus Christ for the forgiveness of your sins..." (Acts 2:38).